A place in the wild

The day we found Rokan, the sky was blue, that sort of crisp, surreal cerulean that might only exist in New Mexico and other arid, sweeping landscapes that offer nearly nothing in the airways between you and the vastness of the beyond. The kind of blue that, if you stare at it for more than a few seconds, will seem to ripple and undulate, eventually throb, mimicking the rhythm in your chest. The blue will make you see atoms, electrons, the faintest flash of a quark, perhaps, wisps of the imperceptible and imperceivable. You wonder if this is what LSD feels like as it takes its hold. It blossoms. You stay until you are pulled away by your companion on the trail or the switch to a green light or your own sense of self-preservation. It is deep. The day was that kind of blue, and I’ll always remember it, because when we found him we held him to the sky.

Some of you will already know why I went in search of him; those who don’t may get the full story another day. Today, the abbreviated version is this: I felt unsafe in my home. A stranger had broken into my apartment in the middle of the night while I was sleeping. I escaped physically uninjured, but, as is the way of things, it is not as easy to flee psychological wounds. It was the kind of experience that, no matter how adamantly you tell yourself it won’t, will change you. I could not sleep alone. I never slept in that place again. 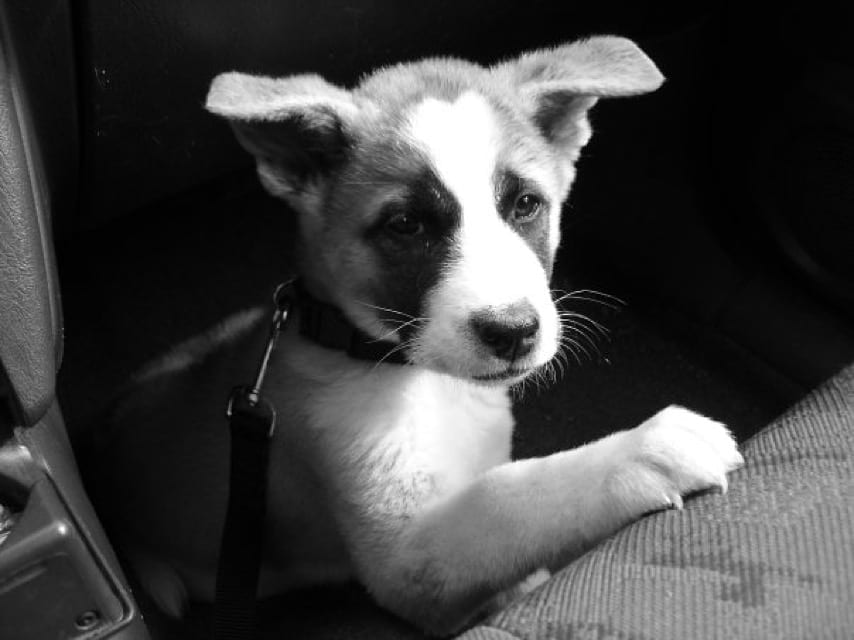 After it happened, my neighbors, who were also my landlords, were my saviors. I will forever love them for what they did for me. They offered me their spare bedroom, and when even that prospect was too terrifying, they moved the mattress from the guest bed onto the floor in their room. For three weeks, I slept on that mattress beside them and their two dogs, and when I woke in the night I would watch the rise and fall of their breath underneath their sheets. Once convinced they were all right and I was all right, I would eventually again find sleep.

My boyfriend at the time had been traveling for work and was unable to come back early, but when he did get home, I stayed with him for six months. I realize now, in hindsight, what a responsibility it must have been for him. I was afraid to be alone during the day. At night, I simply couldn’t.

He and I lived next door to each other, through an unusual sequence of events I will not go into now. While staying with him brought comfort, I was still left with looking out at night into the reaches of the same yard that man had slithered from. That view didn’t make my skin crawl—it calcified it. Other neighbors had also been unknowably kind and had switched apartments with me. (It is not difficult to understand, now, my love for the notion of neighbors.) So I was in a new apartment, on the same property, and most nights staying at my boyfriend’s place; sometimes he stayed at mine.

This place, where I had been attacked and my sense of safety sliced to ribbons, was also the place where I had been saved by the generosity and kindness of those around me. It was painful, but there was solace in it.

And then it was time for him to go. His next work trip would take two months. I didn’t know how I would sleep.

I could have moved, of course, and found an apartment big enough for a roommate, but I never thought about it seriously. This place, where I had been attacked and my sense of safety sliced to ribbons, was also the place where I had been saved by the generosity and kindness of those around me. It was painful, but there was solace in it. I talked to my landlords—my wonderful, beautiful, brilliant landlords—about putting bars on the windows. They asked if I had ever considered getting a dog.

I was born into a house with dogs and had been raised alongside them. My parents had been married for more than a decade before having me, their first child, and so the dogs had become like children, adored and doted upon and viewed not just as essential to the family but as family themselves. It is a mindset that has carved itself into my worldview. 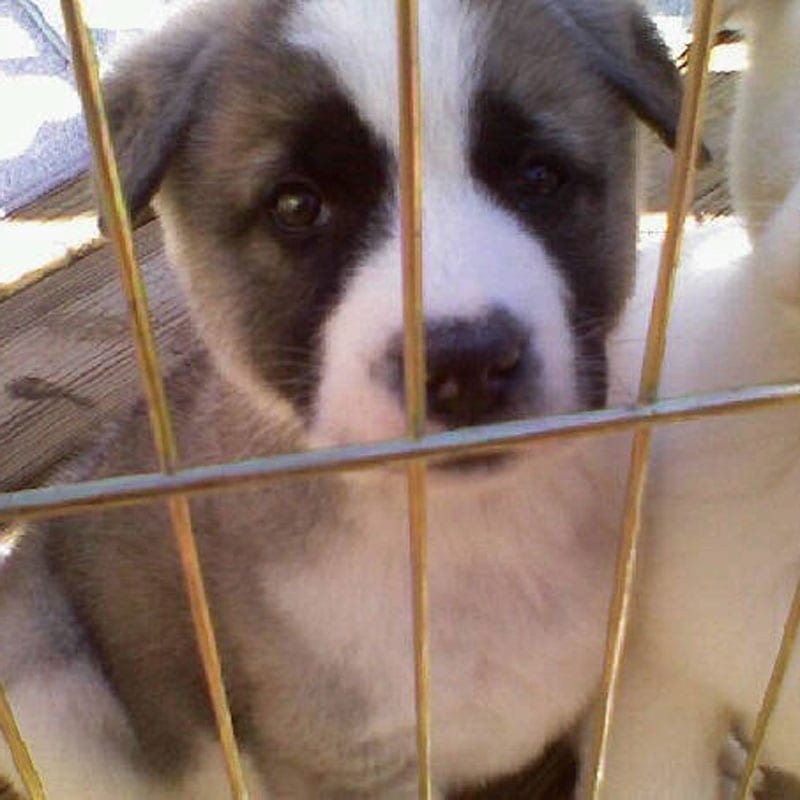 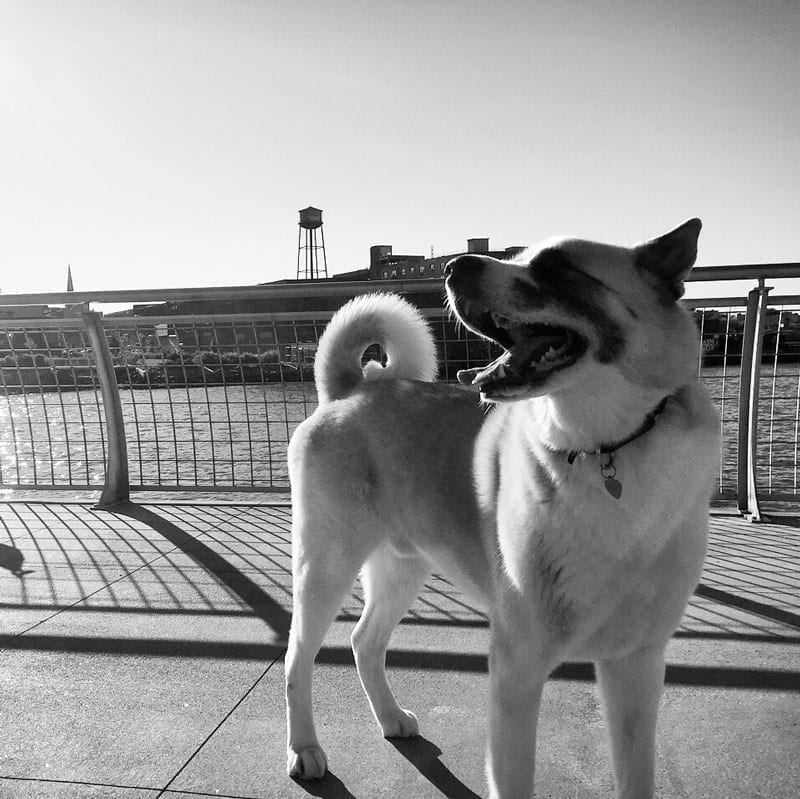 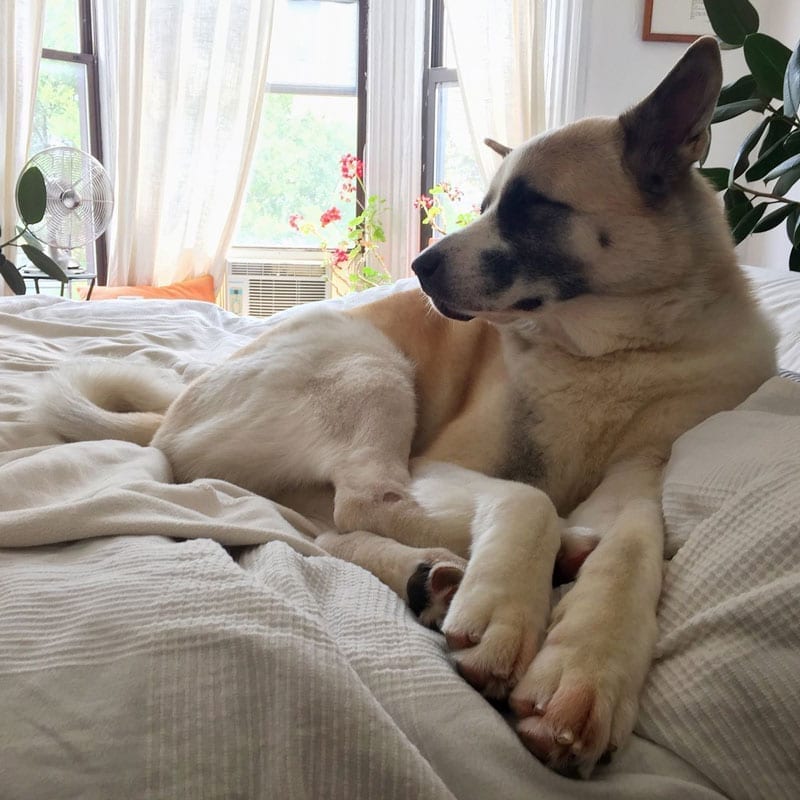 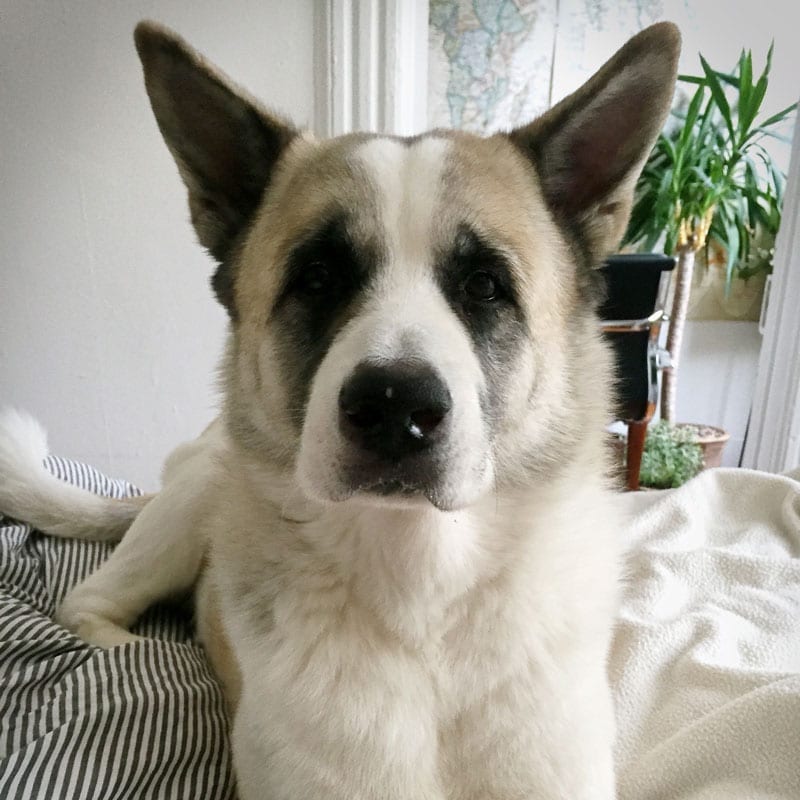 When you are young and move out of the family house and begin to shape a new sense of home, you tell yourself you are too busy and too poor and maybe even too irresponsible to have a dog, and you are right. But you still think about “one day,” when the timing in life and all circumstances are perfectly arranged. It is a dilution of the way people think wistfully about having children at some unknown, future point of destination. In these forecasts of emotion and, really, illusion, life is already at a level of perfection that in and of itself should signal the fantasy is just that. There is a partnership, and it is blissful. There is money, and it is plentiful. There is a home, and it is sculpted with this precise intent in mind. The stars have aligned. Let’s light the hearth.

The reality, though, or at least so it seems by witnessing people around me have children, is that changing one’s family is only sometimes planned, and never within proximity of perfection. You are never adult enough or ready enough or smart enough or rich enough. But one day, a different kind of life is offered to you, or even thrust upon you.

This is, in a way, how I felt about getting a dog. Single, a freelance writer with no money in savings and barely enough of it to pay rent, living in a one-bedroom apartment, 26 and terrified. Sure. Time to adopt a 90-pound dog. But that’s what I did.

He wasn’t 90 pounds when I found him. He was small enough to hold in the crook of my elbow. My boyfriend could hold him in the air with one hand.

The same afternoon my landlords asked if I’d ever considered getting a dog, thereby bestowing me with their permission to acquire one, I spent hours online looking at adoption listings of all the shelters in the area. My family had always bought dogs from breeders, but I had spent my formative years as a journalist reporting on the city’s animal shelters, and there was no way I could live with myself if I didn’t adopt. There was a litter of German shepherd-mix puppies that had been born at a shelter called Watermelon Mountain Ranch, past the outskirts of town. There were nine of them, eight weeks old—seven were all-white, two carried little charcoal-colored markings set against all that cream. Something about those two sat with me. The next morning at 9 am, they were all going up for adoption.

I didn’t know that this ornery, unreasonably noble, goofy, stubborn, gentle, grumbly and sometimes terrifying-to-all-people-who-are-not-me, loving, beautiful dog would become my home. But he did.

My boyfriend and I pulled up the dusty drive to the shelter and parked at 8:45, “just to look.” All but three puppies had already been adopted by the shelter staff, and there was a family who had gotten there before us and had announced they were going to take two. They looked at me and made an offer: “We want the white one,” they said, “so why don’t you choose between the other two?”

I was left to choose between the two who had gotten me there in the first place. A girl and a boy. We played.

The boy kept wandering off, prompting me to go in search of him. The shelter had named him Flannery. He looked like he was wearing a little raccoon mask around his eyes. There was just something about it. My boyfriend picked him up and held him to that blue sky, and two little raccoon eyes blinked back at us. We belonged to each other.

We named him Rokan. It means “wolf council.” And in the more than seven years that have now passed since that day, he has in many ways served as some sort of council to me. I didn’t know then that those past few months had only marked the beginning of what would become an emotionally eviscerating half-decade. I didn’t know that this funny little raccoon-faced dog would become the only constant in my daily life as so many things around me broke and bled. I didn’t know that he would rest his head in my lap for five days as my father drove me and all my earthly possessions across the country in a U-Haul bound for New York on the heels of such heartache that it still dwarfs all prior heartaches. I didn’t know that this ornery, unreasonably noble, goofy, stubborn, gentle, grumbly and sometimes terrifying-to-all-people-who-are-not-me, loving, beautiful dog would become my home. But he did.

Now when I wake in the night, I reach my hand out to lay on his side and feel it rise and fall with his breath. I know that he is okay and I am okay. And once again, I find sleep.

Tonight we moved our bodies and danced like teenage gypsies, with all of the self-consciousness and none of the rhythm, and because it was the first time we had really moved our bodies in days, it felt like freedom.

Tonight we moved our bodies and danced like teenage gypsies, with all of the self-consciousness and none of the rhythm, and because it was the first time we had really moved our bodies in days, it felt like freedom.

END_OF_DOCUMENT_TOKEN_TO_BE_REPLACED

Meteorites, giraffes, astronauts, and other favorites

Steinbeck used pencils while they were long and slender, when they felt to him to provide the correct balance—a shape that could propel him forward, like good running shoes; a size to help him pick and prod the right forms, like chopsticks.

END_OF_DOCUMENT_TOKEN_TO_BE_REPLACED

Steinbeck used pencils while they were long and slender, when they felt to him to provide the correct balance—a shape that could propel him forward, like good running shoes; a size to help him pick and prod the right forms, like chopsticks.

END_OF_DOCUMENT_TOKEN_TO_BE_REPLACED

Do NOT follow this link or you will be banned from the site!